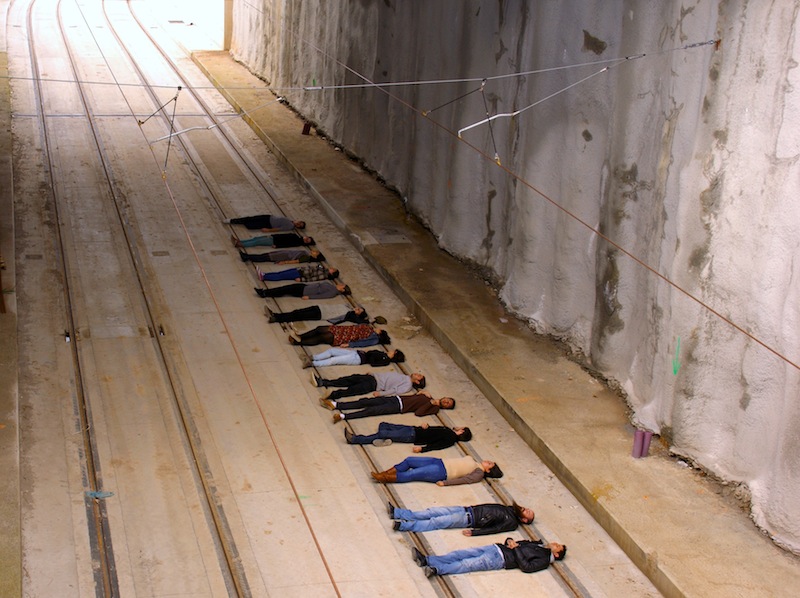 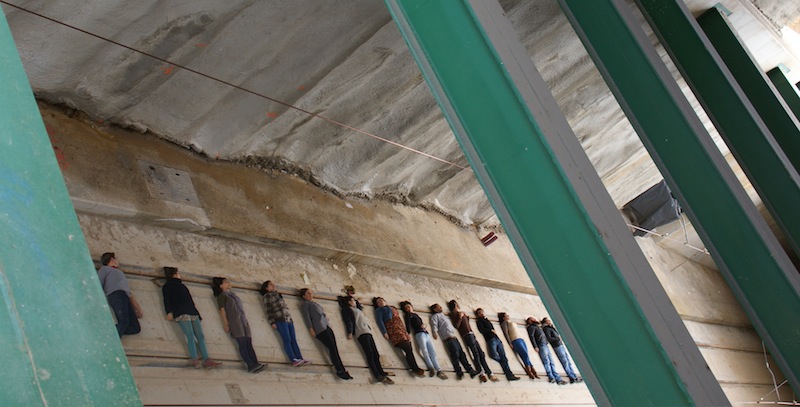 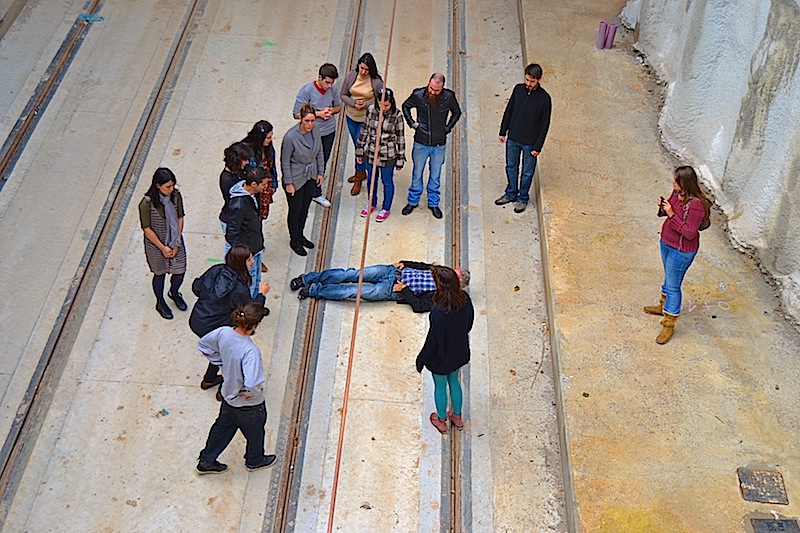 iLA have been tring to sucide himself for about tree years (from 2010) in the trams tracks of Granada and Jaen, always with hope but impossible due that the Politic never acomplish their promisse, it was suppose to be done years ago, but never arrive, just the tracks, meanwhile the ruin of a lot of local bussines happen and much inconvenience and damages to citizens.

A impossible collective suicide to political incompetence. The action «getting desperate»  from the artist and curator Isidro López-Aparicio is the first  helded in the collective DespacioRAIL (slowly rail) and represents a «suicide attempt Community absurd waiting for a light rail that never comes to political incompetence «. One way to show the absurdity we find huge and unfinished works or unused.

The end of 2012 to begin a series of actions that will continue into 2013 and the rest of Spain, the idea is not just to make a call on the light rail (Granada), but above all the works carried out in other provinces they have no use and before the cut in culture and use space closure as spaces where proposals perform artistic, cultural. The overall project is called rail slowly, and we intend to make other interventions: expository, sound … in areas of the rail. In turn, there are other groups in other communities to begin to project activities such space, (imagine spaces as interesting as Castellón airport … 😉

The members of the DespacioRail colective: